At work this morning, I found a couple of long, strange voicemails from a woman in a hospital. Her name was M. She introduced herself as though I knew her, mentioned a story I’d written, then launched into a monologue of startling range, intensity, articulateness,  bold-faced bizarrerie and righteous anger. The first message alone was four minutes long. It was so odd, touched on so many issues and sounded so desperately urgent that I started taking notes at the computer. I’m not sure why. It was singular in its weirdness, unnerving in its distress, and it felt somehow important. 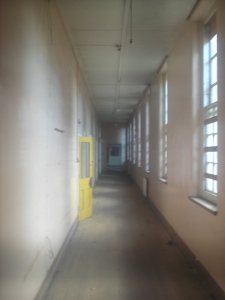 In her outrage, she tacked from the Clintons to EpiPen pricing to Obama to Biden to a few more politicians whose names I couldn’t make out, and she talked about the need to drug-test all of them. I could hear the hubbub of hospital workers behind her; she paused, at one point, to ask one of them a question. Then M invited me to come and spend the weekend with her. “Lots of heads are gonna roll,” she promised.

She talked about lawyers and doctors, and the importance of honesty for both. She talked about China and psychiatry. “Joy to the world, singing and dancing,” she proclaimed, I suspect with irony, then said of the hospital: “If you come in, you don’t get out.” She then ranted against the med students for a while. Can’t trust them to take her blood pressure, she complained. They’re always experimenting.

This went on and on and on. It clearly had nothing to do with me; I was just a random and distant sounding board. The woman simply happened to pick up a copy of the paper. She simply happened to read my story. She simply happened to get to the phone number at the bottom of it, and she simply found herself in close proximity to a telephone. She needed to speak; the fact that I didn’t pick up didn’t matter. What mattered was the crashing torrent of words banked inside her and their crushing need to escape.

After listening to them, I felt sobered by M’s plight. I read back some of her comments and laughed a little, but they were laughs of discomfiture.  It all cut too close to home. I’ve loved and lost too many people altered by depression, anxiety, paranoia and meds, people of presence and intellect and light who slipped into the darkness when life and its capricious mysteries did a number on their minds. They were sane, and then they weren’t. Such darkness can lurk around the bend for any of us, really.

That ranting lady on my voicemail was someone’s altered loved one, a person once lucid and now lost in some dim corridor. She sounded educated, persuasive, charismatic. She was a woman of substance. She had done things. She had known things. She was used to being heard. At some point, she stopped being heard, a victim of life and a system that too often fails to listen to those in pain. But she still needed to speak — who doesn’t? Aren’t we all fighting off loneliness, praying for someone to hear us? So she called up a number she found in the newspaper, and she talked, and she talked, and she talked. All I could do was listen. 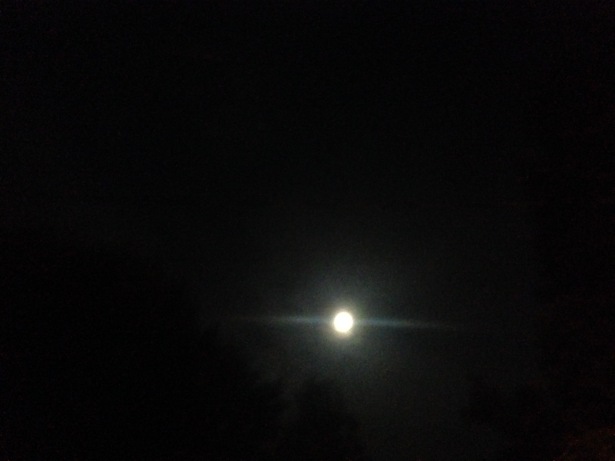 I love the sounds of late-summer nights. As I write this, I’m sitting on my porch in the city of Albany, listening to the endless trill of crickets as a fan whirs above me and moths smack, kamikaze-style, against the light. Thanks to my late husband, who had a fine streak of whimsy in him, the ceiling is sky blue and dotted with clouds. He painted it when the kids were wee, and I’ll never paint it over. To me it means family, and childhood, and picture books, and love. It means warmth, even in the midst of winter.

But sitting out here on a muggy August night, I feel close to my own childhood on a lake in Connecticut. Most every night I would step out onto the porch and hear that same, thrumming chorus of crickets. And the peepers! I loved those beautiful frogs, considered them my pals and even wrote a little poem about them — for the record, one of my least-bad efforts at adolescent versifying. It’s short. So short I can remember it in full, which rather shocks me, given the unmemorable nature of my teenage poetic output and the unreliable nature of my memory banks. It goes like this:

I love the peepers

As they sing their sweet hearts out

Through mud, gnats and night

They always sang loudest from the tiny creek that trickled beside the house. I would walk past them and down the hill to the lake below, where I dangled my feet from a stone fence above the sand. There I would watch, at peace for a lovely, lasting moment, as bugs dappled the dark water and the distant whine of cars echoed from the opposite shore.

Sometimes my cat Peter, a fine old gentleman with a cracked “meow,” would mosey down and say hello, and we would sit there, we two, contemplating the universe as a soft breeze played across the water. I loved doing that. Doing nothing in the lazy warmth of a summer evening. Just thinking, drinking it all in, looking up at the stars or the haze of a moon, hearing the bark of a neighbor’s dog or the plash and chug of a slow boat creeping back home through the dark.

Those were my late-summer nights. I still have them somewhere, lodged in the back of my mind and the start of my life, keeping me tethered to a long ago that never really left me. As Faulkner once observed, and I am constantly repeating, “The past isn’t dead. It isn’t even past.” Not tonight, as the crickets hum and a dog barks in the distance. Not tonight, and not ever.