I am imperfect. But I am not your Enemy.

Do I have biases, preferences, beliefs? Of course I do. Am I subjective? Of course I am. As I admitted above: I’m human. This doesn’t make my work Fake. It doesn’t delegitimize everything I write. It means that I’m aware of my biases and beliefs and strive always to counter them with with balanced reporting. It means that I’m aware of my subjectivity and strive always to counter it with objectivity. It means that I ask questions from every angle, listen hard to every answer, then do my best to piece the answers together in a fair and full and accurate story.

This is what journalists do: ask, then listen, then tell.

This is what journalists believe: that the telling matters.

But Trump’s every reference to the “Enemy of the People” scares me. It scares me because the phrase reduces an entire population of well-meaning, hard-working, admittedly somewhat frumpy professionals to a class of depraved and cynical scumbags scheming to undercut the American way of life.

And we’re not. I mean it: We’re not. You want to know the truth? We love this country. We revere its founding principles, and I don’t just mean the First Amendment; I mean all of it. Widespread and longstanding stereotypes to the contrary, journalists aren’t actually cynics. Journalists are skeptical idealists, people who’ve seen it all and question everything but still want to believe in something greater. Why would any of us be in this business if we didn’t? Why would we care enough to stay?

We are not your enemy.

You know what? I haven’t written a holy-moly, super-Catholic, spirituality-on-steroids blog post in quite a while. So watch out! Incoming! Run for your life!

Something hit me in church two months ago. Then it kept hitting me, and hitting me, and hitting me. The revelation clocked me so hard only because it was so blazingly obvious, and I couldn’t believe it hadn’t occurred to me before — kind of like when someone pointed out that the “L” in “Staples” is actually a staple and I howled OMIGOD OMIGOD HOW COME I NEVER NOTICED IT BEFORE OMIGOD THAT CHANGES EVERYTHING. And ever since then, every time I drive past the Staples on Central Avenue I shake my head with silent little omigod, marveling at its genius and my stupidity.

So this is what hit me at Mass: the Word. If you’re Catholic, you know that moment just before the Eucharist when the congregation says: “Lord, I am not worthy that you should enter under my roof, but only say the word, and my soul shall be healed.” (That’s the new translation; until late 2011, we said: “Lord, I am not worthy to receive you, but only say the word, and I shall be healed.”)

Or, to quote my own internal monologue: “Lord, I am broken and bleeding. I am soooo not worthy of the body of Christ. But THANK GOD, and I mean that literally, you already know this about me. You already know I’m a piece of. . . ummm, work. You know all my flaws, even the ones I don’t yet realize I have, because I’m a clueless nincompoop in addition to being unworthy. Yet here I am! At the table! Unworthy little me! Just say the word, and. . .  wait — what’s that? You mean, you’ve said it already? The word that makes everything right? The word that heals? The word that resolves my broken state, my error-prone nincompoopedness, just as it resolves every cracked piece of everyone who approaches the altar to receive? REALLY? ARE YOU SURE ABOUT THIS, GOD? You are? You’ve said the magic word? Whoooooa, so I’m healed? You’re kidding! Thanks, dude, I mean God!”

This is pretty much the narrative that runs through my brain each time I receive communion. I’ve been Catholic for more than 28 years now,  and I’m constantly struck by the beautiful illogic of God’s attitude toward communion: None of you is worthy, but all of you are healed. This is one reason I’m forever infuriated by those who would deny “sinners” the Eucharist, as though A) everyone isn’t already a total sinning mess and B) Jesus himself ever denied anyone anything. For crying out loud, he didn’t boot Judas from the Last Supper, did he? And he knew what was up with that guy.

But what hit me at Mass two months ago: The word. It’s the Word. Meaning Jesus. “In the beginning was the Word, and the Word was with God, and the Word was God” — so goes the opening of the gospel according to St. John. I never really got it (true confessions). As gospels go, John is a little too wordy and poetical for me in general; I prefer the bluntness of Mark. And the prologue always hit me like: Wot? How is Jesus a word? But I took it to mean that Jesus was part of God’s plan from the beginning — that God, in creating us, knew from the start we were flawed and decided to include a handy-dandy redeemer in on the deal. It’s like going for a drive with a dying battery; you know the car is likely to crap out en route, so you pack a portable charger before you leave.

Jesus is our jumper. God packed him to make things right. And not just for Christians — for everyone.

I think about this, now, whenever I receive communion. I dwell on the greatness of God’s love, the outrageousness of it, as I shuffle up to the table in all my inadequacy. “Lord, I am not worthy. . . but only say the Word,” I repeat, rendering the upper case in my mind. I’m always unworthy, always healed. Makes no sense at all and all the sense in the world. 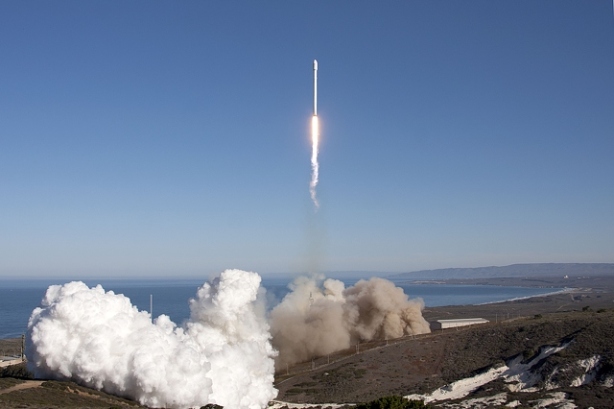 Where the hell have I been? Not here, that’s for sure. I’ve been an absentee blogger. The last time I posted an entry was five weeks ago (in blogospheric terms: a lifetime). That was two weeks or so before my son’s departure on his gap year and my new life as me, by which I mean me. Me. MEEEEEEEEEEEE. Just me. Little me. Befuddled and bewildered me. Jittery me. At times marginally exhilarated me. Hopeful me. Happy me. Blue me. Questioning me. Somewhat petrified me. Rattled to my core me, staring down an unfathomably empty nest and wondering how on earth I’d ever carry on alone (ALONE) in a house once occupied by five (FIVE).

As the day drew closer, I coped by helping my son plan and pack. I made lists. Then I annotated the lists I made. Then I made more lists! And then I annotated those! Yes! Coping through parental micro-management! Was I trying to control the uncontrollable? Was I trying to take command of ungovernable Fates through the orderly arrangement of stuff sacks? Yes. Yes, I was.

Then, at 6 a.m. one misty Thursday morning, my son flew off on his adventures, and I flew off — metaphorically, at least — into mine. The three and a half weeks since have been busy with work and music and friendship, with gigs and trips and lunches and laughter, with eating when I feel like it, reading when I’m in the mood, sleeping when I’m tired and scratching on my fiddle anywhere in this echoing house that happens to suit my whims. When someone asks, “Hey, Ames, ya wanna do X?” my answer has nothing to do with anyone’s needs and desires but my own. Suddenly I’m in a position to ask: What do I want? From the moment? From this day? From my life? It’s a question I haven’t really entertained in (long pause as she counts on her fingers and toes) a while.

And it’s been strange. In a home once exploding with the crash and hum of family life, it’s been quiet. Dishes accumulate in the sink at a much slower rate. With no ravenous teenager in the house, I take much longer to consume the food in my fridge; a gallon of milk lasts eons. Despite all this, I have not yet accomplished any of what I set out to do this fall, including my pledges to A) climb all 46 Adirondack High Peaks at least twice; B) write at least 23 best-selling novels; C) perform a stem-to-stern cleaning/clearing-out/Shop-Vac’ing/nuclear-bombing of my entire house; and D) blog more.

But if there’s one thing I’ve learned in the seven years since my husband’s death, it’s this: Life does what it does, especially in the midst of transitions. No matter how impatient I am, how badly I want to ka-zoom into some mysterious but delightful future, none of this can be rushed. I have to figure out who I am. What I need. How I might move forward. And isn’t that everybody’s task at hand? Isn’t that what we do from the moment we’re expelled from the womb, howling in rage at the slap of cold and the shock of hunger? (Where’s the breast? Where’s the breast? OKAY I MEAN IT NOW, WHERE’S THE #$!@ BREAST?)

So my son has launched. I’ve launched, too. Where I’m headed, how long it’ll take and how hard I’ll land on arrival, I can’t tell. But I’m a soul at loose in a body navigating the world, and I’ll get there.

In the meantime, I’ll blog more. I swear I will. I promise.