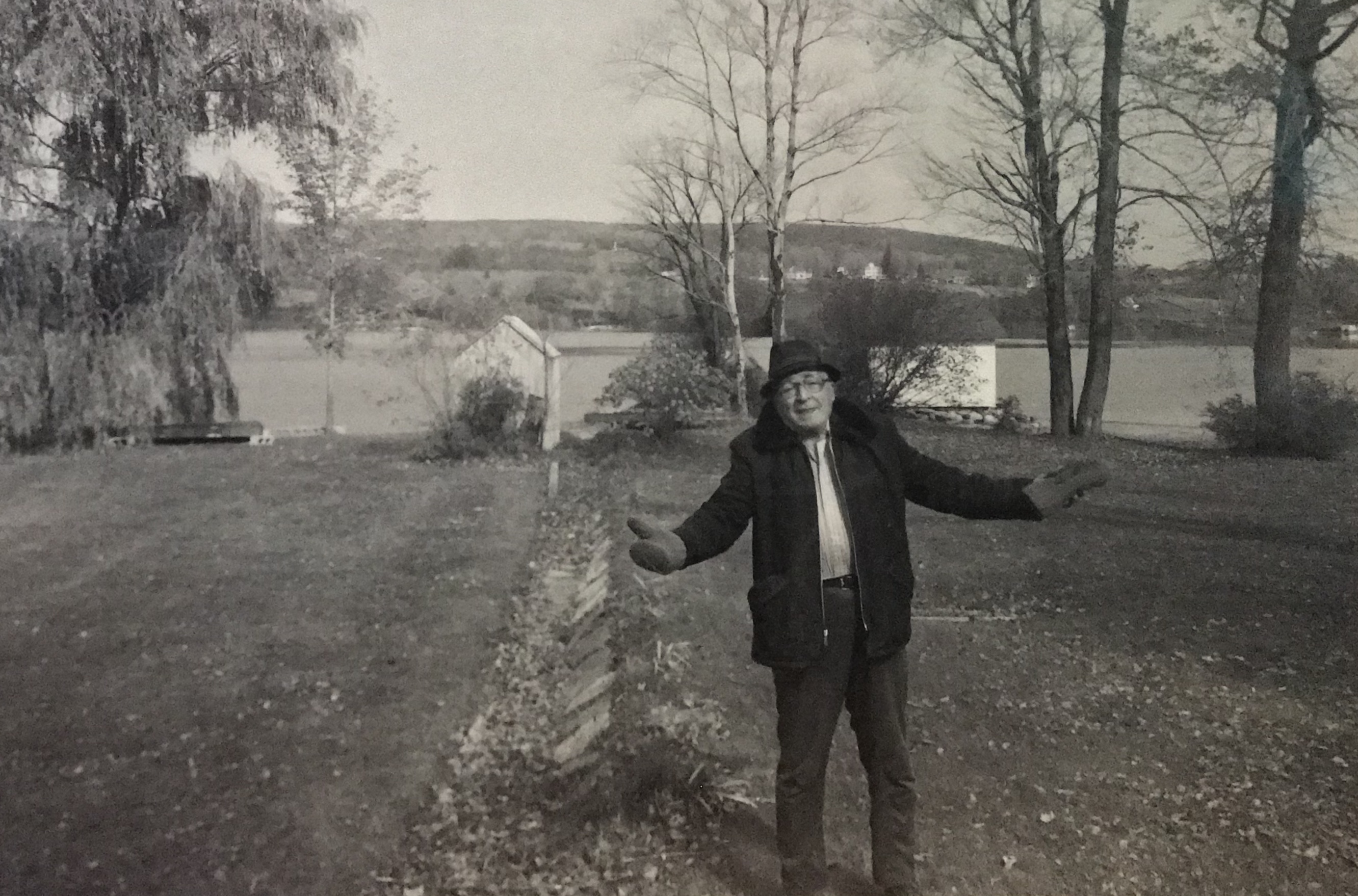 My father’s first language was Neapolitan, the gorgeous, singing dialect of Naples. If you’ve heard it, you know that it’s music — its syllables rising and falling like pitch, swelling and shrinking like rhythm. As a kid I heard it and loved it but never understood it, never knew its meaning beyond the emotional plane. Okay, I knew a few things: some of the more blasphemous swears he blurted that I continue to blurt to this day (MADONN’ -eh SANT’-eh GIUSEPP’-eh!). I also know how to say “You are a hard turd that someone had a difficult time voiding from their ass,” or something along those lines, though it’s much more concise in Neapolitan.

Daddy spoke that and nothing else for the first five years of his life, growing up in a tenement in Manhattan’s Little Italy with his kid brother Freddy and their immigrant parents. He was born in 1907, before World War I, before World War II, before all the madness we know as the 20th century rolled in and filled the city with fumes. Fifty-six years later, I entered the world. Twenty-eight years after that, he left it, and I found myself filled with regret for all the conversations we never had, all the questions I failed to ask.

If only I’d thought to ask him about them. If only I’d asked him to teach me one. If only I had sung with him.

I’m thinking of one in particular, only because I couldn’t possibly forget it: “My Melancholy Baby,” Ernie Burnett’s cute, catchy, corny-beyond-belief 1912 ditty, which implores its adorably weepy listener to cheer up and give the singer a hug:

Come to me my melancholy baby
Cuddle up and don’t be blue
All your fears are foolish fancy, maybe
You know, dear, that I’m in love with you.

Daddy loved that song. HE LOVED IT. He sang it in Neapolitan, which somehow made it even cornier, throwing his arms in a wide embrace and belting that sucker out for literally anyone who’d listen. He sang it to me, my sister Lucy, our mama Jeanne. He sang it to visitors. He sang it to neighbors he encountered on walks. Check out the photo above, snapped by a fellow who lived up the hill from us; when I saw it I knew without asking that Daddy was singing, and I knew which song in which language.

Keep in mind, this was a classical music critic who’d authored or edited more than a dozen books, interviewed Pablo Casals and worshiped Beethoven as his one true god. But “Melancholy Baby”? In the final years of life, when his memory failed him in so many ways, that offered the apex of joy for him. Nothing made him happier.

So here I am, 29 years since his death, plumbing my own joy where I can find it. Obsessed as I am with Hot Club jazz, I decided to fiddle around with the tune — on Mama’s violin, no less — and I promptly fell in love with it. I noodled around with different tempi and phrasings, different bowings and licks, and as I did I walked around my bedroom and glanced at Daddy’s photo on the wall. He was there. With me. In the music. I could feel it.

When my kids (“kids”) asked me what I wanted for Christmas, I had one request: a Neapolitan translation of That One Song. I got it. I also got a voice memo to help me with the pronunciation. I scribbled down the lyrics phonetically, delighting in the tongue-rolling, sing-song flow, then practiced the whole thing with my marvelously understanding (and marvelously musical) boyfriend Dave on ukulele.

We tried it out in an online “jam,” then recorded it in my living room.

In the spirit of Daddy, I flung out my arms and belted that sucker out — almost certainly butchering the lyrics. But I butchered them with love. I butchered them with joy. I butchered them in a manner worthy of the irrepressible paesan’ who sang them through my childhood and sang them again with me, I’m sure of it, in my humble Albany home the other night. And as I scratched away on Mama’s fiddle, I knew they were both beside me — smiling as widely as heaven allows.