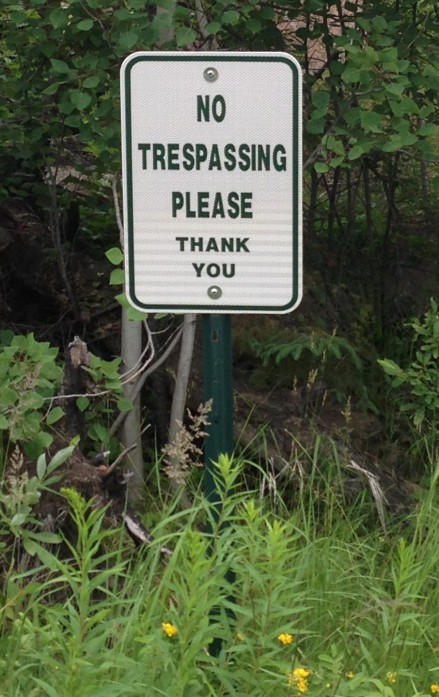 There we were, driving from the Minnesota boundary waters to the Duluth International Airport early one Friday morning, and somehow, somewhere south of Grand Marais — PLEASE don’t ask where and how, because we STILL HAVE NO FREAKING IDEA — my brother Nils and I got kind of maybe totally and pathetically lost.

I want you to be impressed by this. Because this is not easy to do. In fact, it is extremely difficult to do! You have to really apply yourself! No one in the history of driving has ever gotten lost driving from the boundary waters to Duluth. The trip involves going roughly a million miles on roughly one road, and to get lost, you either have to have the world’s single most abysmally deficient sense of direction or you have to be a space of cosmic dumbassic proportions. Either that, or you have to sit next to someone who is.

That would be me. Not Nils. Me. But Nils, bless his soul, was sitting next to me, having just spent several days hiking and fishing in the Minnesota wilderness with the dumbassic moi and our dad and brothers. A kind and generous and beneficent person, Nils had chivalrously agreed to drive me to the Duluth airport while the rest of the gang left to catch their flights in Minneapolis. And so we gabbed and laughed for the first 60 or 70 or whatever miles, blah-blah-blah-ing and ha-ha-ha-ing without a care in the world.

Early on I pulled up Google Maps for directions, but who needed directions, ha ha ha? It was roughly a million miles on roughly one road, right?? Piece o’ cake, kids! Blah blah blah! Ha ha ha! Every now and then our dad called or shot us a text — just wanted to be sure we were on track — and we responded with with teasing texts back. Isn’t that funny! He’s keeping tabs on us! As though we’re hopeless dumbassic space cases! Ha ha ha! Blah blah blah!

Then we pulled over to get gas and a couple of sad breakfast sandwiches. And then we pulled out again, still talking and laughing our endless streams of blahs and ha’s.

And then, for no reason we could discern then or decipher later on, we came to a T.

But people don’t say such things in Minnesota, because people in Minnesota are nice. Even the “no trespassing” signs bend over backwards to be polite; where a typical New York sign says, KEEP OUT PRIVATE PROPERTY VIOLATORS WILL BE PROSECUTED AND BY THE WAY GET THE F— OFF OUR LAND, an equivalent sign in the boundary waters says, THANK YOU FOR TRESPASSING AND HAVE A NICE DAY. Or something like that.

So Nils said: Hmmmmm.
And I said: We should ask someone.
And Nils said, more or less: But there isn’t anyone to ask.
And I said: Shit. Let’s flag someone down.

And just then, we saw a lone car barreling toward us. But it was too late for us to pull over and get out and wave our arms.

And so, while driving along, we waved our arms real crazy-like through the windshield, and the man and the woman in the other car gave us a baffled look at that said, WHAT THE HUH? WHY ARE THESE CRAZY PEOPLE WAVING THEIR ARMS AT US?

And then they did a very nice, Minnesotan sort of thing to do. They pulled over and rolled down their windows. (If this were the Empire State, they would have given us a baffled look that said, GET THE HELL AWAY FROM US, CRAZY PEOPLE)

3 thoughts on “welcome to the hotel minnesota: part i”