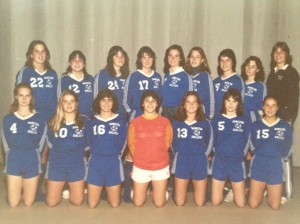 I love soccer. I played it for eight years. I LOVE SOCCER. I can’t play it any longer, because my knees are now decrepit, but I love love love it. I love it so much that one season, I think it was my sophomore year at Hamilton, both my big toenails fell off for reasons that shall remain unspoken (chiefly because I don’t remember) and I TAPED THEM BACK ON TO PLAY SOCCER. I’m not kidding. It’s really totally insane, isn’t it? Like, bonkers. I have visceral, vivid memories of sitting there in my dorm room every day with white athletic tape, binding my feet like some 12th-century Chinese lady from a Division III school in the Song Dynasty.

Now that the Women’s World Cup has started in Canada, I love soccer even more. As a Title IX-er who played the first year Hamilton fielded a women’s varsity team, I’m thilled that anyone anywhere is paying any attention at all. At the same time, I’m baffled by certain people who claim not to like the game (AND THEY KNOW WHO THEY ARE) because apparently nothing exciting happens for looooooong stretches of time, just a lot of running around by squat, fast people doing pretty things with their feet, until BOOM BOOM BOOM, something actually does happen, and then the squat, fast people jump and strut fiercely in celebration or shock for about eight seconds before they all go back to running around and doing pretty things with their feet.

I hear these sorts of complaints, which are supposed to explain for me why soccer’s so boring, and in turn I attempt to explain why this is exactly why it’s NOT boring. Why stuff is happening ALL THE TIME, because all that running around with all that pretty footwork actually constitutes stuff happening! It’s not the OPPOSITE of happening. It’s NON-STOP HAPPENING! What’s more, it’s happening so intensely and continuously and suspensefully and beautifully that those of us who like and appreciate soccer (i.e., we who use our heads to view and think, not sit on) can barely tear our eyes away, knowing that the whole thing could suddenly and ecstatically break into one of those BOOM BOOM BOOM moments that change the score.

This is why I love soccer. It feels like living. It feels as though nothing is happening when in fact everything is. Friday night’s 0-0 draw between the U.S. and Sweden, for instance — I was riveted to the screen, knowing that any given pass or feint or cross or shot might put the Americans behind or ahead. Soccer is 99 percent anticipation: There’s always the promise, the tension, the fear, that something explosive could happen on top of everything else already unfolding. And when it happens, it might change everything. It might cause shock or celebration. And then all the squat, fast people, adjusting to this new and weirdly altered reality, will regroup on the field, take a deep breath and go back to running around. Just like life.

5 thoughts on “nothing and everything happens”