The woman was troubled, odd, possibly homeless. She was standing on crutches at a median near DuPont Circle, screaming and crying.

I was in D.C. and out for a walk. It was early Sunday morning, and not many people were up and at it. I regarded this woman, somewhere around my age, maybe a little older – mid-50s, maybe? – with her thin blonde hair cinched up in a little-girl bun.

Her voice had a little-girl innocence to it, too. High-pitched and confused. Hoarse and rheumy with spittle. Beseeching.

“Please! Please! Somebody open the train!”

Not having any power over the Washington, D.C., subway system, I smiled and shrugged philosophically.

Which, as soon as I said it, I regretted. It was mere lazy, shitty quippery — and an utterly pointless and hollow promise — at the expense of a distraught stranger.

Couldn’t I do any better? Help this woman somehow? Go into the Metro stop, determine whether the trains were, in fact, running? Volunteer to track down a transit worker? Engage her in conversation, ask her where she needed to go, maybe even help her get there? I could have put her in a cab and sent her on her way.

Apparently not. As I said, it was early. I was dumb. And she gave me the reply that I deserved.

She had nailed me, justifiably so, and in that moment the power relationship between Troubled Odd Possibly Homeless Person and Average Callous Passerby had pulled a 180. I admired the swiftness and fierceness of her sarcasm, the brightness and blueness of her eyes, the exaggerated sweep to her arm — still gripping a crutch — as she gestured expansively in oh-so-faux gratitude.

Without a moment’s hesitation or a hint of doubt, she had asserted her superiority over me. We both knew she was the better one, the sharper wit, the queen to my dunce and the Sunday-morning rambler in unequivocal and splendid control. I might not have helped her open the train, but at least I gave her that. 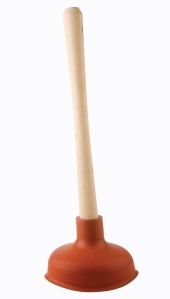