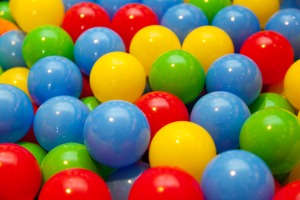 So here I am, cranky and anxious at a clogged intersection, praying feverishly that A) the rattling old electric-blue jalopy I just sank more than three thousand bucks into doesn’t decide to lose a wheel or randomly explode or otherwise drop dead in the middle of Albany-Shaker Road; and B) that gridlock will let up just enough for me to inch through that lovely green light 500 feet ahead.

My windows are down. I’m blasting NPR. And suddenly, materializing like a vision from the ether of heavenly exhaust, this slammin’ hot German sedan rams its nose into stalled traffic from a nearby gas station, crosses two lanes choked with cars, zips blithely across mine and then whips a quick left into the throng. Just like that. No apology, no hesitation. Like Moses parting the Red Sea or Genghis Khan invading the Khwarazmian Empire, and no, that’s not hyperbole.

As this conquering force darts before me, I catch sight of the driver through his own open windows: Young guy, dark hair, little beard. An easy vehicular sass about him as he turns the wheel. Chutzpah embodied in a sleek black Benz.

The guy looks my way, throws me a smile and snaps me a quick wave. I respond by unhinging my jaw and cracking open my mouth into the largest, most cavernous and expressive oval of flabbergasted awe that I think I’ve ever unleashed on a fellow mortal.

It says: HOLY SHIT DID YOU JUST DO THAT?

It also says: ARE YOU, LIKE, THE WORLD’S BIGGEST ASSHOLE?

Finally it says: IT MUST BE BECAUSE I KINDA SORTA ADMIRE YOU, BENZ-BOY.

I start laughing. I can’t help it. I like the guy. I keep laughing as the light turns a lovely green and we all start inching toward it, the little bearded scoundrel just ahead and beside me in a parallel lane.

And then, because I’m still laughing, because my windows are open, because his are, too, and because I’m a white-haired 53-year-old dame who doesn’t give a shit any longer what young men in Benzes think of me, I hit the gas, pull up beside him and shout while I’m passing:

He laughs and gives me a thumb’s up, and we both go our merry ways. I make it through the intersection and down one road, and then another, and then another. My car doesn’t explode. My wheels don’t fall off. I’m safe at home, still chuckling and no longer cranky and anxious as I muse: Hmmm. Balls. Maybe I have some, too.

4 thoughts on “chutzpah in a traffic jam”