In casual conversation not long ago, the subject of tomboys came up. I confessed to being one as a kid, and I cringed. Because I hate that word. It’s simplistic and unfair to children of every stripe and sex, as though being rough-and-tumble and running around in divided legwear somehow defines boyness and outright negates girlness. (Not girliness, another word I hate.)

But I’m using it because that’s what everyone called me back then — to others and to my face, not cruelly but matter-of-factly, the way entomologists might identify a really hairy subspecies of caterpillar — and because there is no other term to describe what and who I was relative to the shellacked, starchy model of femininity that had held sway for decades.

In the 1960s, little girls wore dresses. They just did. From birth. And they had long hair. Perfectly combed, accessorized with pink barrettes. From birth. In addition, girls did not play baseball. Or run around barefoot through the woods, breaking their toes. Or collect Matchbox and Hot Wheels cars, racing them them down the looping plastic track straight across the living room floor while their parents carefully dodged them. Instead, girls collected dolls and sat on their bedroom floors in their plaid cotton skirts, playing with them. Not me. Instead I owned just one, a Barbie, who sat neglected on a shelf for most of her short, sad, plasticky life until I grabbed a pair of paper scissors and cut her hair to a jagged bob — same as I’d done to myself, not long before.

I never understood the term “tomboy” because I never wanted to be a boy, and I never saw my own, beautiful mother — with her short hair, sinewy arms and stick-to-it-ive disposition — as any less of a woman for being adventurous and tough. It made her MORE of a woman as I understood women to be: capable, adaptable and real, with dirt under their fingernails and salt on their brow and unstoppable spunk in the face of difficulty. “Horses sweat, men perspire, and ladies glow,” she used to say, with perfect irony, because she and I both sweated buckets.

“Earthy” was Mama’s highest praise for anyone, and that’s what she was, always digging down and building things from the ground up, always articulating the truth and nothing but, always handling any and all crises with humor and fortitude. She often went barefoot. She usually wore pants. She wasn’t a tomboy; she was a hot-shit kick-ass Jeanne-Woman, female and proud, happy to have put her procreative plumbing to use in the most traditional and joyous ways. “Aren’t you glad you’re a girl?” she asked after my oldest was born — the only one of my children she ever met in the flesh, having died only eight months later. All I could say was yes. Yes Yes Yes Yes Yes.

I always did. I just didn’t like being a girl who wore dresses and couldn’t play ball. I liked the freedom of pants. I liked the way I they protected me from bearing my undies to the world, which never struck me as all that difficult or radical a concept, and I never understood why so many people had trouble with it.

Now that I’m older and fonder of skirts and dresses, I still don’t understand it. To me this is an issue apart from the recent, important and heightened sensitivity to transgender people, which is a long time coming — and God bless Bruce Jenner for his stunning and dauntless candor. But what Bruce wears matters a whole lot less than how Bruce feels. It isn’t the heels in his closet that make him a woman, and he was no less a woman inside when he was competing in the Olympics. He was simply a world-class athlete, muscular and spring-wound and fleet, and he would have been no matter where his gender compass pointed or what sort of clothing he wore.

I leave you with the words of Pope Nicholas I, who had this to say about women in breeches. “For whether you or your women wear or do not wear trousers,” he wrote, “neither impedes your salvation nor leads to any increase of your virtue.”

He said said this more than 1,100 years ago. And he didn’t call anyone a tomboy. 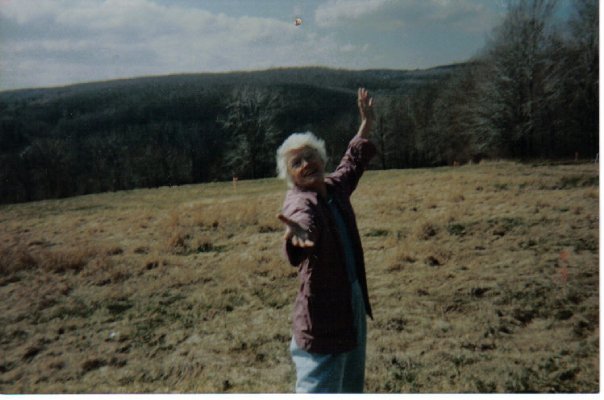 2 thoughts on “keep your pants on”